I'm taking my little snippets over to

the book, the page, the hope & hopefully, the mo ~for a new world for our kids, where being happy is truly worth it!


we come to expect it --selfishness rude mean words, looks of annoyance, impatience and kill...


I remember my mother often mention how important it was to her that we got along - and there were nine of us to learn the fine art of getting along!

BUT
I won't take it.


Love must win the day.


So i muster everything I have and go at it all over again.
I refuse them the chicken they bickered over.
I talked calmly with them - separately and together.
I paint possibilites.
I write out scenarios.

Sometimes there were tears.
Sometimes there was genuine sorry-ness.
Many times, things improved and then it lapsed again.
The gains come slowly.
But i sow the truth and dig up the fallow ground.

We are family.
We are together.
We rise and fall alongside each other.
We are each other's cheerleaders.
We can speak life or ill and death into each other's hearts.
We must forgive and forge another day in hopes of newness.


We are Kingdom people - who have a King who has crushed the enemy and brokered a new way for life - and in the family, a way for ancient rivalry to give way to chilvary.

Today, my daughter turns thirteen and yes, she is kinder to her kid brother. He, has learnt to give her the space she needs, to respect their difference, to laugh off the snarky remarks... and I, the mom, am learning to forgive them for letting me down and to embrace them for being who they are.

Singapore is getting into my veins! (and i want a transfusion)

What you breathe – the little air bubbles – eventually enters your bloodstream and become you!

I worry about the air I breathe; the PSI – Personal Security Index is worryingly low.

Well I guess the PSI has always been a concern. In my parents day, scrapping by and eking out a living must make for a weak sense of security. Hence they tended to cling to their material security: an HDB flat, filial children, as signs of success and personal affirmation.

But decades later with much more school, it seems we still fight the PSI.

Is it the years of hearing the rhetoric that we mustn’t be left behind, that the world has no place for those who slow? A reasoning that has perhaps become an unspoken mantra which weaves web in our systems holding it captive?

I have breathed this air for years. But I have not realized it effects until now, when as a parent these thoughts actually cross my mind:

I hope my daughter’s friends are bright, smart and influence her to aspire and study..
What am I missing out on for my child?
Is my child’ teacher capable, committed, heck, is she driven?
How is my child faring compared to that kid?

These thoughts trouble me.

My desire for my children to live a full life beginning with a rich and enjoyable childhood; and to be shaped into responsible and resilient beings clash with the values percolating the system.

The system has given my no other barometer besides raw test scores, bridging classes, school reputation, and a whole trajectory that means I should envision university and work back to plan for each move.


If I do not have a personal compass, I have no other recourse but to be swept by the currents of the system; thereby reinforcing its validity in turn.

Thankfully, I have other thoughts.

But even then, my thoughts and values seem to need a an ancient wall of defense thick enough for four chariots to ride astride in order to withstand the continuous onslaught. Otherwise, it needs the fortitude of a battering ram when I want to engage in a constructive dialogue leading to a collaborative effort, because I am quickly designated ‘parent = kiasu + kancheong” which kills the conversation for me.

This seem to make parenting a harrowing, narrow, un-enjoyable experience to be endured. Falling fertility rates? It's in the air folks.

That's all our hearts' longing! 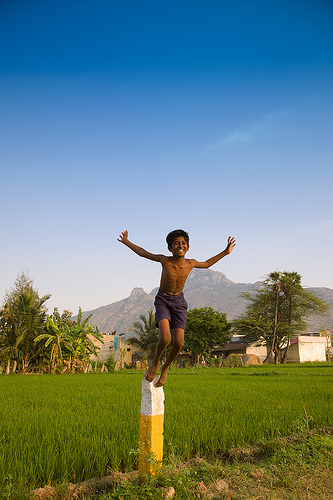 So, this is what Play-Doh is made of! 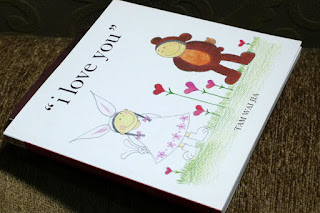 I'd like to share about this simple book that takes children deep into something they all know: love!

Read to, and with your children - for your own good! 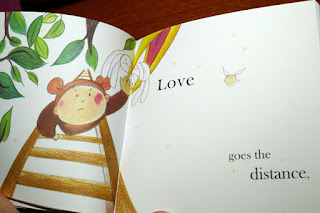 Such a beautiful picture of a baby ENJOYING his bath! Notice how the baby looks for the eyes to assure him, senses and enjoys the water - and feels absolutely safe with the confident hands.

click & marvel at this: just warm water and love!

What do blessed little boys do in school these days?
-- this is Aquafest at Anglo-Chinese School (Primary): Boys at organised play! {click}
A Poem 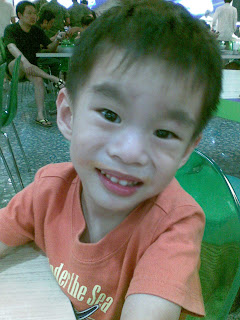 LET THE CHILDREN JOIN OUR DANCING

Let the children join our dancing.
Only then, can we be free.
Take to heart the words of Jesus:
"Let the children come to me."
We must live among the small folk,
not just simply watch them play.
Like a child, let us connect with
what they think and what they say.

Love your neighbor - love God's new saints.
This at first might seem quite odd.
Little ones are Christ among us.
Welcome children - welcome God!
They own nothing - seem dependent;
we see kids as ones in need.
Things are different in God's timing.
Soon a little child shall lead.

Look no further than the young for
insights into Jesus' ways.
Doubtless, they will be our model
as we give to God our praise.
Humble humans have great value.
This is not at all by chance.
To be holy, wholly holy,
let the children join the dance.

Thank you for sharing your thoughts and heart here, and helping to to build a real, faith-full community together!

Thanks for stopping by....and sharing about this.
You can also find me over at:
my ministry site
facebook

Get this in your Email