Loss and Lament - a reflection on doing something new

Death is harsh, and one can never fully be ready for it.

Grief is awkward - the kind of awkward that is the cumulative effect of feeling weak, sorry, guilty, vulnerable, being a sore burden and more. Loss is universal, who has not felt it, even if we at first did not recognize it as such? 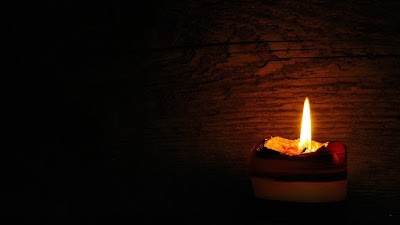 Yet nothing disarms and connects us to God and each other as sharing in suffering. It is as if our souls have a wire that lights and burns a life-giving glow when the touchpoints of our pain connect. We feel validated, normal, understood. I also know that many of us don’t grieve well and so never reach this gift of solidarity or find out that grief can be the soil of healing and fresh possibilities. So, I decided to try a new thing that isn’t common in churches here: hold a Loss and Lament service. 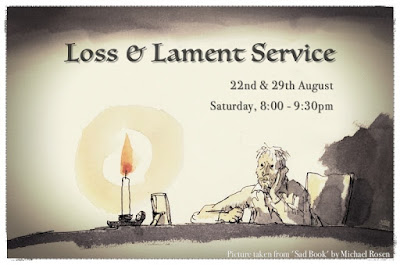 As a pastor, I am familiar with sitting with the bereaved, organizing memorials and leading funeral services. I had to do a few of my own on four occasions due to the sudden deaths of my loved ones. But this is going to be different. It will be an entire service dedicated to coming to God with our pains, burdens and silent screams. As I shared with a few and began scripting, I realised that Loss and Lament are parallel rivers that share tributaries and I needed to let each have its own flow.

So it became two services. Aug 22 2020 The day began like any other except for the nervous excitement within me. I had put it out on email and social media and still did not have the final list that registered for the online zoom service. With a few hours to go, I browsed the newspapers and saw this advert for a smart watch which my mother-in-law had asked for. It was not a good decision as it led me on a wild online purchase ride that rattled me quite a bit, not the least of which is to find that the shop is in France and basically operates in French. Anyway, after some desperate attempts to clarify and block a double billing, I had to let it go and prepare myself for the service! Then I received word that tech support guy had taken ill. (Let’s just say writing on Medium was already a tech feat for me.) But the service must go on, and it did, even if I had to wave at my zoom host from across the room at several points and my camera froze at another point. Thirty-four persons turned up.

I began the service with a memory that floated to my consciousness, about a time I fell from my bike and just sat on the grass, crying tears too large and many for an adult in an accident like this. 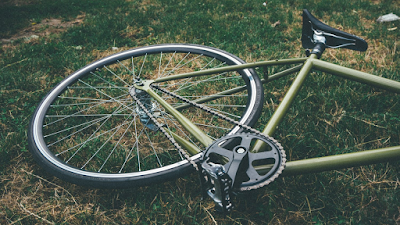 The tears were not because of embarrassment of the the fall and the pain it inflicted, they came from a deeper place. They were overdue tears, waiting for me to be ready to pay attention, to be weak enough to stop holding it all in, to be real. The tears was the stream that connected all I was carrying from the losses I had not properly grieved. As the waters gushed, things got surfaced.

I encouraged us to let the tears come, to mourn, to speak our losses.

In my breakout, I was surprised to see my old friend, and a man who in moments, broke into tears.

We considered how God himself is familiar with loss. God's initial dream of Eden was dashed with a wrong exercise of free will. God's spectacular deliverance of a million slaves dissipated with the grumbling and politicking of these have-nots. God's pursuit was spurned again and again. O yes, God is familiar with Loss.

And so we can come and sit with him in silent communion - who has words equal to any of this?

We come to the Father God of all comfort.

We come to a Saviour who promised that as we mourned, we are blessed for we shall be comforted.

We come to the activity of the Holy Spirit who guides us into all truth.

Slowly, we waded into our rivers of loss.

Some got uncomfortable. Most dipped their toes. Many sat under the flow and were surprised it wasn't washing them away, but washing them clearer. As the service progressed, words like these were shared on the chat:

A grief counselor, shared in the chat that she had just lost a newborn grand nephew. None of us got back what we lost. But you can lose through your loss, far more than you need to. You can lose your zeal for life, imagination, loving feelings, faith in yourself, curiosity and hope. While we can’t undo losses, we can grieve in a way that it does not bleed into all of our life and leave a dastardly stain. Aug 29 2020

To lament feels too close to grumbling and complaining, so it feels wrong for the faithful to indulge it. But in truth, we all do it. We cannot help it. There is so much wrong with the world. We lament and wish for a simpler time gone by or hope for a different outcome despite the trajectory.

The Bible realistically records this human need to lament. It's right in the middle with the Psalms, the prophets do it and journal it, and historical events tell of women especially, who lament and wait because of the evil that led to the death of their children and the destruction of their homes.

I urged us not to live half of our lives, just focused on polishing and projecting just the shiny side of us. I urged us to brave the dark and see the treasure hidden in places we rather avoid. I said we were not going to take an emotional shortcut.

Jesus did not take the shortcut. 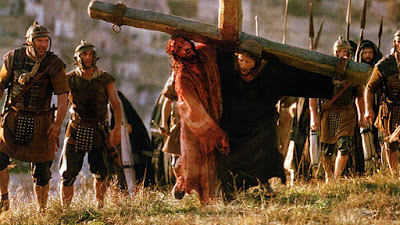 He lived the stuff of life, and he lamented the state of affairs, the hardness of heart and the dullness of mind.

To help us lament well, in the spirit that Christ did, we stared for minutes at three art pieces that portrayed the Christ figure.

Then we watched this seven minute news documentary about the world in 2019 - image after image of strife, violence, anger and destruction.

It was hard to reckon that so much happened within twelve months, and we barely remember most of it, seeing that 2020 has hit us all with a gale-force of epic scale.

O yes, we needed to lament -- but most of us were too tired, numbed and overwhelmed to do so.

But lamenting for the Christian is the necessary pathway to the eternal trifecta of faith, hope and love. 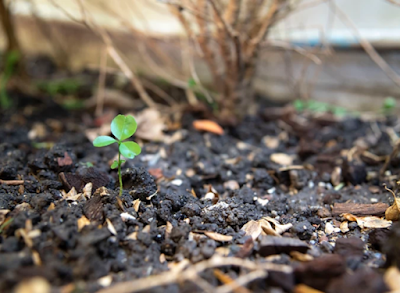 Without lament, faith is often a wafer thin propositional position that we get all defensive about, hope is mostly an emotional state that requires positive circumstances to prop up, and love, that remains confusing and impossible for us.

In lament we have to face squarely the darkness that humans are capable of doing to each other and our precious shared planet. In lament, we have to confront the limits of good intentions and positive interventions. In lament, we have to admit that "the line separating good and evil passes not through states, nor between classes, ... nor between political parties either -- but right through every human heart -- and through all human hearts”*.

Through Lament service I wanted to help us to lament well -- and so live stronger, truer and more committed to all that is good, true and beautiful. 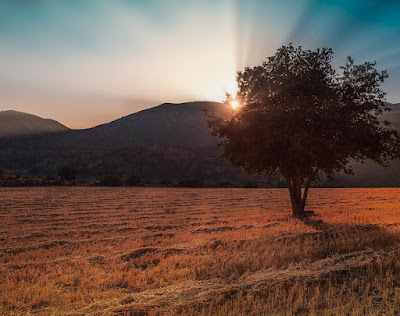 On my way to host the Lament service, I slipped on a wet spot threw the two bags on my shoulder to the ground and broke my fall with my hands and knees. It had already rained most of the day, making it feel like the skies were weeping right along.

Then we had three tech hiccups - enough for a minor lament of its own.

The two services are now done.

I shall yet lose more things along the way which may well be the only way to gain some things.

I will continue to lament my own darkness as well as the dark around me.

But comfort, communion with God, and the things that truly last: faith, hope and love, shall be my portion and legacy.

These can be yours too if you allow yourself to grieve and lament.

Thank you for sharing your thoughts and heart here, and helping to to build a real, faith-full community together!

Thanks for stopping by....and sharing about this.
You can also find me over at:
my ministry site
To support me, go here

Get this in your Email