Proverbs 31 did not appeal to me.

I was a mighty teen with grand dreams and staying at home layering out linen did not appeal to me. It felt too archaic and irrelevant as the bracing winds of feminism were blowing.

As a young adult, I found myself studying my mom’s story and the woman in Proverbs 31 felt too much like her - overworked. Never mind that the closing verses speak of how her children honour her.

But one day, when I read these words, I was astonished to recognise myself in it and feel that I could relate to her:

The words of King Lemuel, the oracle which his mother taught him:

An excellent wife, who can find? For her worth is far above jewels.

The heart of her husband trusts in her, And he will have no lack of gain.

She does him good and not evil All the days of her life.

She looks for wool and flax and works with her hands in delight.

She is like merchant ships; she brings her food from afar. She rises also while it is still night And gives food to her household And portions to her maidens. She considers a field and buys it; from her earnings she plants a vineyard.

She girds herself with strength

And makes her arms strong. She senses that her gain is good; Her lamp does not go out at night. She stretches out her hands to the distaff, her hands grasp the spindle.

She extends her hand to the poor, she stretches out her hands to the needy.

She is not afraid of the snow for her household, For all her household are clothed with scarlet. She makes coverings for herself; Her clothing is fine linen and purple.

Her husband is known in the gates, When he sits among the elders of the land. She makes linen garments and sells them, And supplies belts to the tradesmen.

Strength and dignity are her clothing, And she smiles at the future. She opens her mouth in wisdom, and the teaching of kindness is on her tongue.

She looks well to the ways of her household, and does not eat the bread of idleness. Her children rise up and bless her; her husband also, and he praises her, saying: “Many daughters have done nobly, but you excel them all.”

Charm is deceitful and beauty is vain, But a woman who fears the Lord, she shall be praised. Give her the product of her hands, And let her works praise her in the gates.

How did I end up being the woman I was trying to avoid to become? 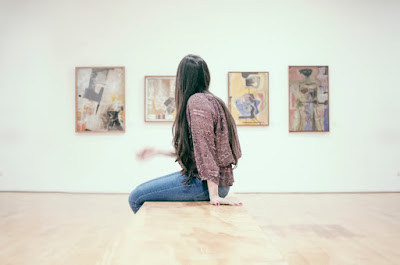 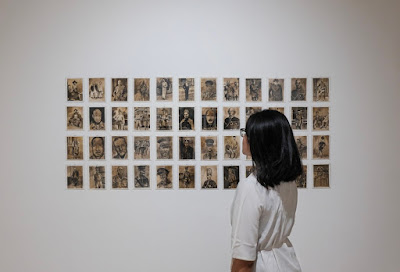 God does not peddle in popular ideas or recommendations. God’s word offers us the truth. So while I did not like Proverbs 31, it is God's word about true femininity and God in his love for us will take all of us who are willing to let him lead the way.

I guess that's what happened to me.

I bumped up against my femininity at two fronts: the church’s political structure, and marriage. While my church embraced and empowered me in my growing years, things became bumpy when I joined the clergy. From sexist comments by parishioners to a sense of alone-ness and discomfiture with my predominantly male collegiate, it felt like I had to account for and explain my personhood.

Most of it went unsaid, but the systems had been designed and led by men for so long that it was hard for the brothers to empathize and hard for me to vocalize. More strident colleagues have advocated that I resist the underlying patriarchy, but I did not feel at peace about it. My brothers, I felt, were not my enemies. But what is unsaid would go underground and surface, often at really bad times. So I studied and prayed myself to a place of acceptance and peace. To say it is no longer an issue would be a lie. But to know that my selfhood originated and will be sustained by the Maker grants immense assurance and agency.

With marriage came the confusing journey of sexual interest, submission and surviving regular conflicts. It was not difficult to see that a good deal of all of this is gendered in origin, and that neither of us were well discipled beyond the ‘love your wife, submit to your husband’ rhetoric.

Too many marriage jokes abound around the stereotypes and caricatures, good for a momentary release of the valve of frustration, but can be unhelpful if they limit our growth. Stereotypes give us a false sense of knowledge and control, which is why they are so popular, but it can stop the innate fight in the human heart for that which is glorious and good.

This bumpy journey could make me hardened, cynical and even bitter. Thankfully, the Triune God met me repeatedly as the Father who cares, the Saviour and older brother who rescues and supports, and the sweet Spirit comforts and champions me.

At age thirty-three I became a mother. Due to my own longing for a permanent loving presence in my life, I chose to relinquish my clerical role to stay home. The decision would be tested many times, but it also bore much fruit.

He helped me contest the stereotype of the dour housewife as He drew out my gifts, brought me cheerleaders and opened doors for me to be true to my convictions and to who I am.

Made in His image, I discovered my creativity and passion even as I served my family and the needs that came to my attention.

God gave me the capacity to endure and many times enjoy the humdrum of daily life by helping me notice the sunrises and sunsets - how repetitively glorious they are!

He chiseled away the idolatrous tendencies in my heart that drove me to fear and anxiety.

Even as my boy swelled to home a life, God enlarged my heart for children (I can’t wait to be a grandma!).

He established my gifts to the Body of Christ as a pastor and writer.

My feminine self is woven thick through all of these varied seasons and experiences of growth.

My femininity is not a liability.

It is in fact, precisely the other half of who God is, and what the world needs to see, experience and be impacted by.

The roads to fullness are many and I want to be wary of being prescriptive. However, as I worry about being too dogmatic to insist that women stay home when they become mothers, I am deeply convinced the women are uniquely shaped to do exactly that. Our brain circuitry, natural inclinations and abilities (read mental load bearing) enable us to envision and execute multiple roles.

In some ways, it may be good to examine if our sense of femininity has been attacked or reduced due to traumatic experiences or social pressure which we succumbed to.

Recently I read this article by Scott Hubbard (the warfare that is waged in the home) who skilfully explains how femininity is powerful, and the hearth is a unique space for that power to be honed.

Yes, to become fully woman in our identity and God's making of us, we have to take the home-front seriously.

And you don't have to be a wife or mother to do so, really.

"From beginning to end, then, the Proverbs 31 woman is not merely a homemaker. She is a victor on the feminine field of war."

We see the Bible explain how right from the beginning, in seeking to snuff out life, the enemy of life chose to attack the woman, causing a seismic loss of confidence in women and a bent to self-guilt (think of how easily we apologize even when it isn't our fault?).

Jesus Christ's full forgiveness and celebration of the feminine calls us to regain our rightful confidence and freedom.

"(T)he Proverbs 31 woman is not only countercultural now; she was countercultural then. A woman who fears the Lord always will be. If we cannot see the heroism in this homemaker, then, our ideas of heroism and womanhood may be shaped more by society than Scripture. As Alastair Roberts writes, “Our failure to see the heroism and strength of such a diligent and active woman is a failure to see the world as God does”

"G.K. Chesterton observed that all work outside the home necessarily turns us into specialists of one sort or another. It tends to make us narrow, not broad. ..e will find “marketing manager,” “insurance salesman,” “electrician,” or “mechanic.” Each of these jobs cultivates a person’s gifts, but only in a limited number of directions.

A wife and mother, on the other hand, is “generally shut up in the house with a human being at the time when he asks all the questions that there are, and some that there aren’t.... When a woman says she is a homemaker, she actually says she is a dozen things at once: teacher, interior decorator, cook, financial steward, craftswoman, cleaner, gardener, life coach, and so on. As such, she “does not ‘give her best,’ but gives her all.”

Which woman does not relate? The mother easily does, especially the way who stays home. But women everywhere know this to be true too. In the office, who does the job of bringing beauty, refreshment (and clearing up afterwards) and tasked to buy gifts and generate community ideas typically fall to?

"And then, “when the fullness of time had come, God sent forth his son, born of woman” (Galatians 4:4). And what kind of woman? Not a soldier or a judge, not a leader or a queen, but rather a woman who heard God’s word and received it, who treasured up the promise as she labored in her home, who fought the serpent through faith in God, and thereby welcomed into Bethlehem the Savior of the world. In wars between nations, women at home think of their men on the frontlines. In the world’s cosmic war, mothers man the frontlines. Home is where the heroines are."

I think i need to brew a cup of tea to savour what has happened to me.

How does one hold a sense of gratitude, pride, humility, hope and joy all together?

(and I think my late mom would agree)

What has been hard for you about being a woman?

Does this post help you feel more excited and empowered?

Thanks for stopping by....and sharing about this.
You can also find me over at:
my ministry site
To support me, go here